My friends and I flew from Jakarta to Denpasar (Bali) and took another flight to Labuan Bajo. Since Labuan Bajo and Flores are pretty off the grid, we decided to go with a tour guide.

There were 4 of us, so the cost of our private all-inclusive tour, meal, guide, hotel and a private boat was pretty reasonable, about USD 275 / pax (flights excluded) for 4 days and 3 nights.

We stayed at a hotel in Labuan Bajo for a night before staying for 2 nights on our boat. If you’re not an Indonesian citizen, you might be charged a little extra (around USD 30 more). Flights cost around USD 215. In total spending was about USD 490 / pax.

This trip is one of those trips I will always speak about years from now.  We had the whole beach to ourselves, went hiking in flip flops, jumping off a boat into the ocean, and went hunting for Manta Rays in open sea. I probably burned more calories in those 3 days than I was in 6 months of walking around my office.

The first night, we had to stay at a hotel in Labuan Bajo because we arrived at dusk. The hotel we stayed at was pretty basic, but I think most of the accommodations there were. One thing that really stood out though was the food. I was almost worried about the food before we left Jakarta because I wasn’t sure how a small island with no 4G Network could make good food. I was wrong.

We took the first boat out at 9AM and a few hours later, we arrived at our first destination, Kelor Island. I made a terrible mistake of forgetting my proper hiking shoes and went with flip-flops instead. It was hard, but our guides helped find easier tracks that were less slippery. I wouldn’t say it was a difficult hike though. It was rather short, about 15-20 minutes before we reached the top. The view was magnificent and the savanna was very pleasant. 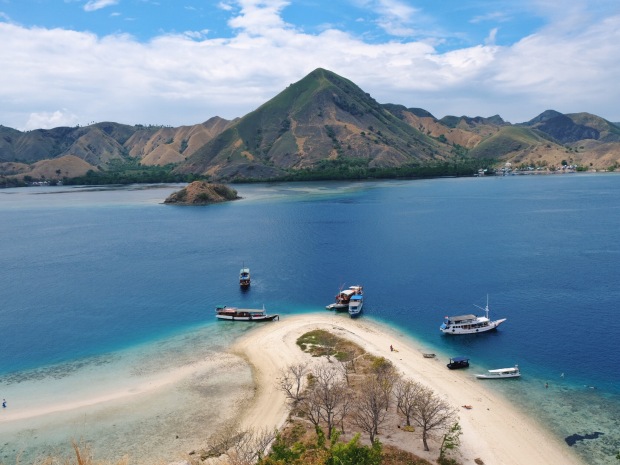 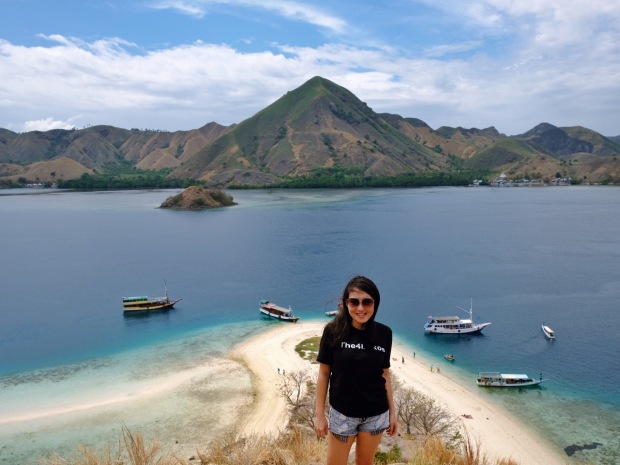 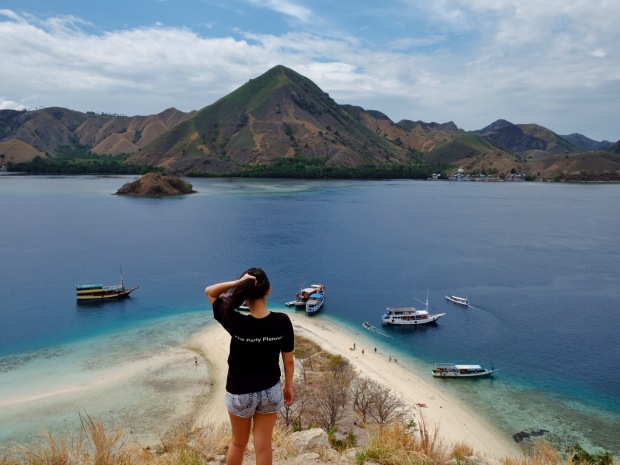 We then moved to Rinca Island where most of the Komodo dragons were.  We were greeted by Komodo rangers who told us about their safety protocols. There were only 2 rules; do not stand close to the dragons and do not wander by yourself. The rangers said we arrived at a time where dragons were about to have lunch so maybe that was why a lot of the dragons were out of the vicinity, we did get some pretty cool shots though. 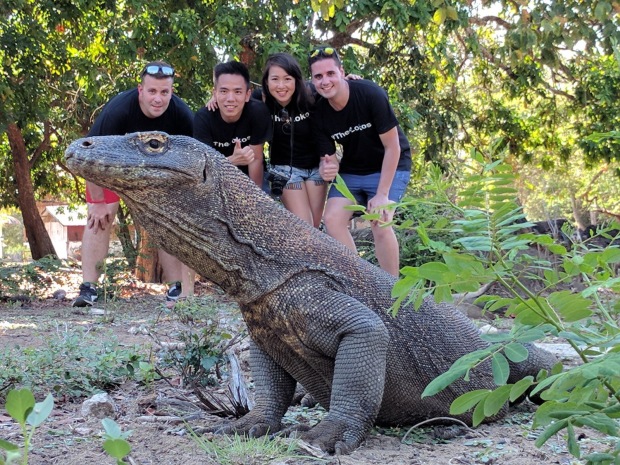 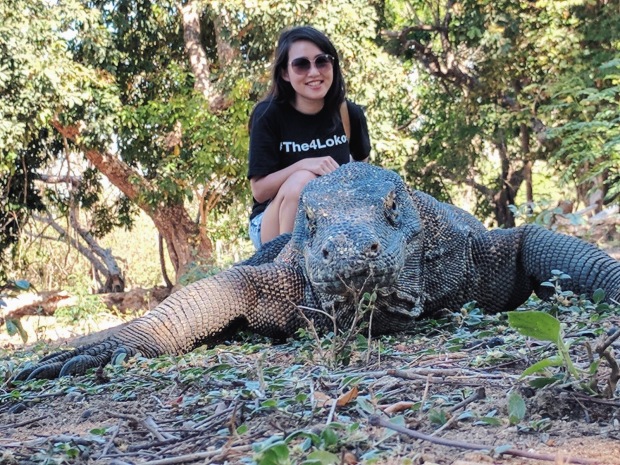 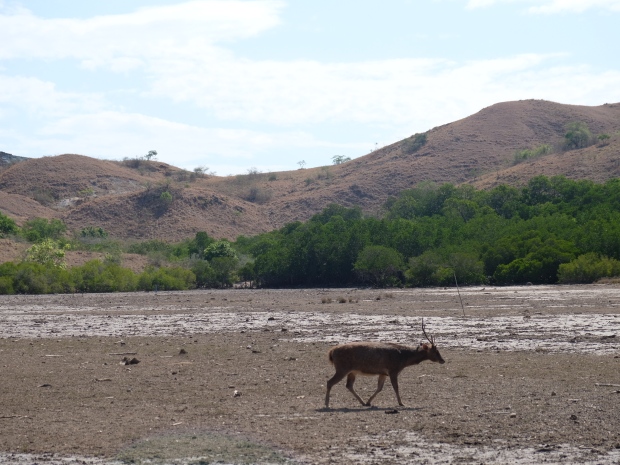 The first day was ended with us watching a breathtaking sunset while waiting for hundreds of flying foxes flying over us. Not sure if my minds were playing tricks, but the sky almost looked purple to me. 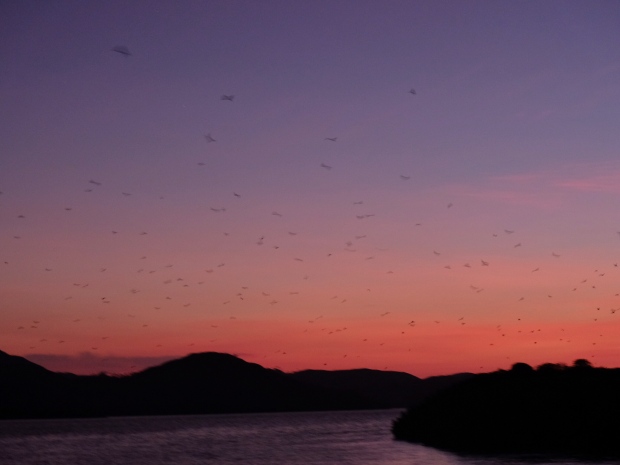 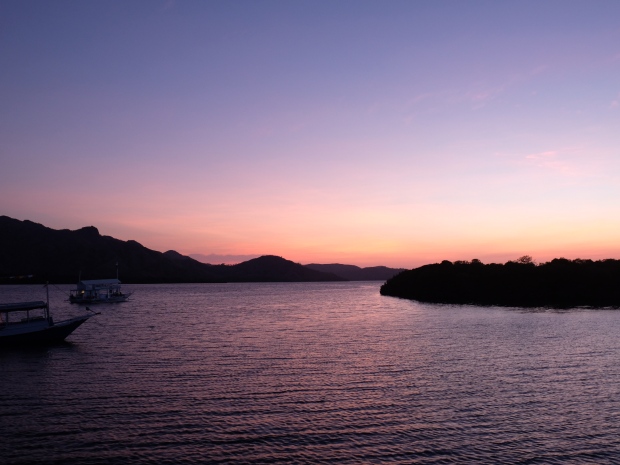 We finally went to the most famous spot in the area and took a bunch of pictures in Padar Island. The hike was simple, but still difficult if you were on flip-flops. It took about 15-20 minutes before we reached the top. 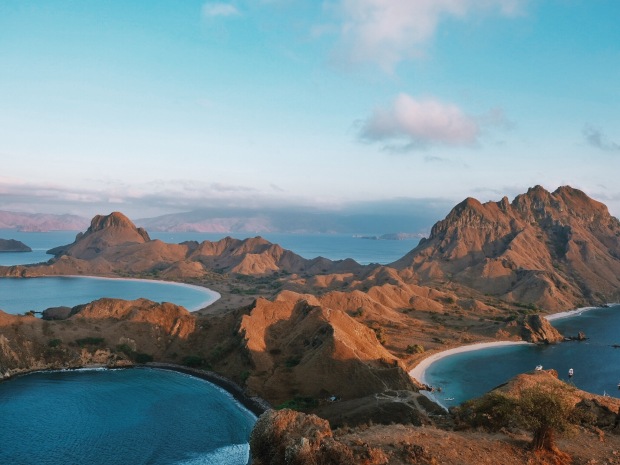 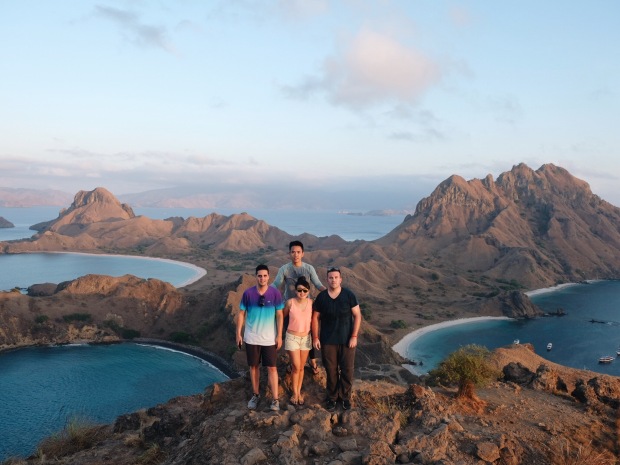 After Padar Island, we headed to the Pink Beach where we jumped off a boat in the middle of the ocean and swam to the shore. I have been snorkeling to many sites, Boracay, El Nido, Bali, Derawan, Gili, but this one was off the chart. The corals were colorful and I was finally able to experience the “Finding Nemo” scene I’d been seeking. We arrived slightly early and the best part, we had the entire beach to ourselves. The sand was soft and the water was warm and nice. It was heavenly. 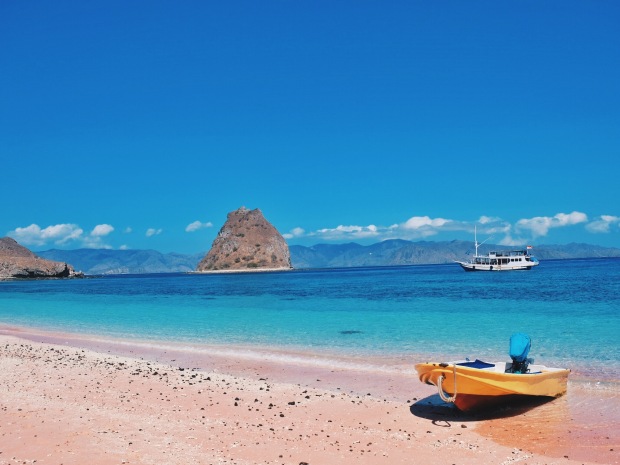 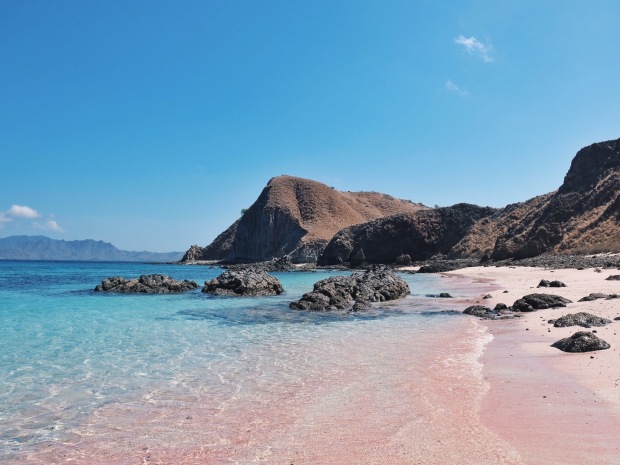 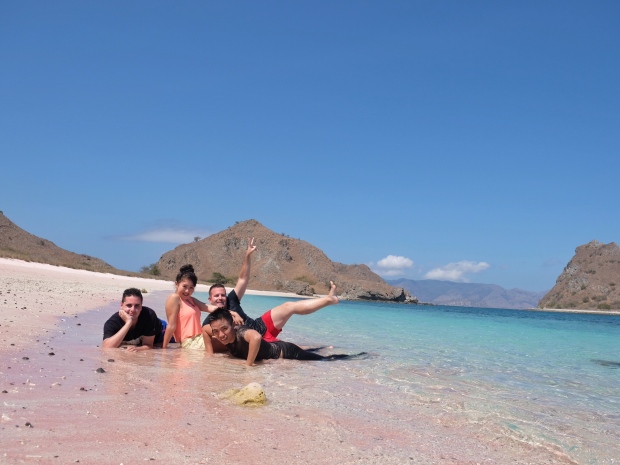 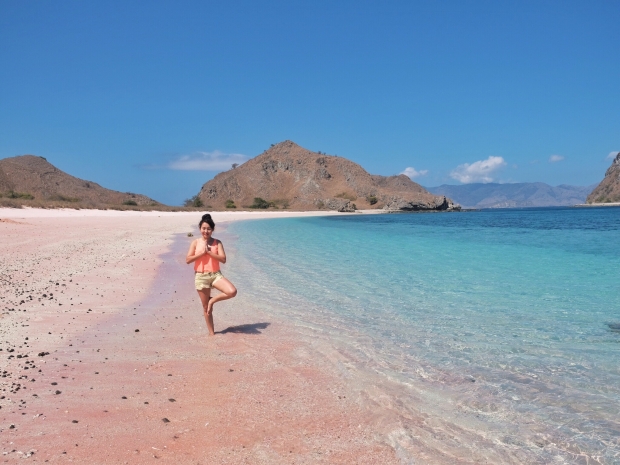 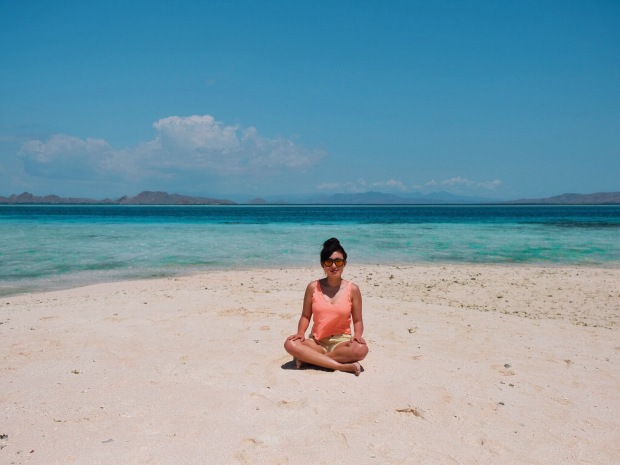 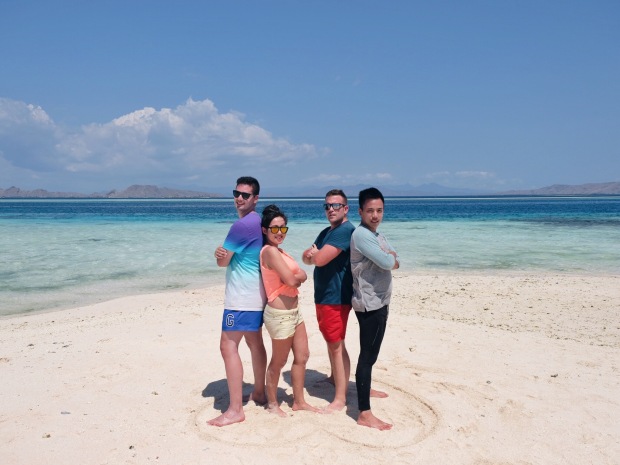 The fourth day started really early. We got ready at 3 AM (because there was only one bathroom and there were 4 of us), and by 5 AM, the boat started to make a move. The first destination was Gili Lawa, another island where we would hike and watched the sunrise. I saw a bit of resemblance with Kelor Island but it was also different in a way. Gili Lawa had a wider savanna and the view and vantage point was better. 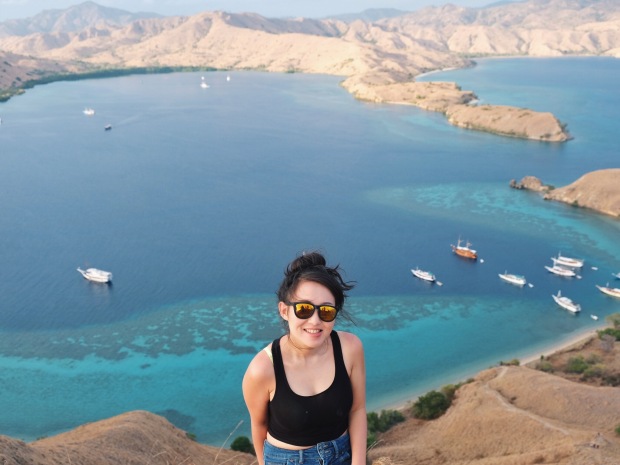 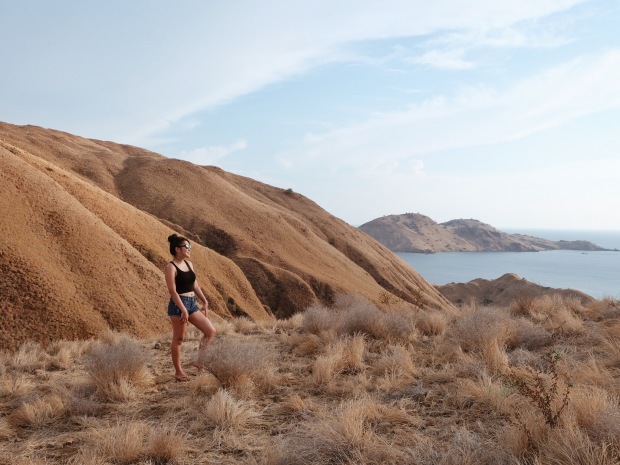 Our guide also dropped us in the middle of an open sea afterward to hunt for Manta Rays. Unfortunately, we weren’t lucky enough and didn’t find any, but the feels of swimming in an open sea were very thrilling and made up for our disappointment.

The last stop of the trip was Kanawa Island where all the water was turquoise blue and glass-like. We went for more snorkeling and swimming and one of us saw a black tip shark just waggling off near the shore.

This trip was a very memorable one, and I hope when you go visit, you’d keep the place clean so it’ll stay pure and beautiful.